The Lowde Music Trust was formed in 2011 in memory of Keith Lowde who for the preceding eight years had been Head of the Business School at The Academy of Contemporary Music in Guildford.   Read more about Keith

Bates Solicitors are delighted to again support Lowde Fest and the Lowde Music Trust.   The Trust set out their charitable aims in their website www.thelowdemusictrust.org.

The profits from this years Lowde Fest will also support the following charities: Lollipop Radio, Naomi House and debra. 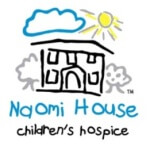