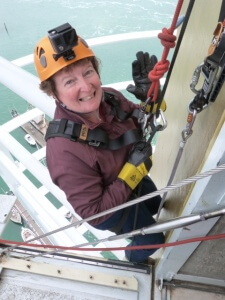 Doreen Burton, one of the bravest conveyancing solicitors at Bates Solicitors volunteered to abseil down the Spinnaker Tower, Portsmouth as part of a 9 strong ladies team from the Athena Networking Alton Group.   The Team were inspired to take up the challenge when they heard about Theo a 5 year old boy from Winchester and set themselves a target to raise £3,500.00 to support the work of the charity Brainwave.Theo suffers from West Syndrome (a form of epilepsy) and global development delay with severe learning difficulties.  Since receiving medical treatment, his seizures have stopped and he is responding to other treatment.  It costs the charity £3,500 to support Theo for a year.

Following an initial assessment, a therapy programme was devised to develop Theo’s knowledge, understanding and communication, as well as improving his balance and individual stepping and more functional use of his hands.  In an information sheet provided by Brainwave Theo’s mother is quoted as saying “Theo has made fantastic progress with the programme.   We met you all on 11 December last year.   Since then he has gone from crawling to taking independent steps.  It’s such amazing progress.   He is 6 this year, so your programme has been life changing!”. 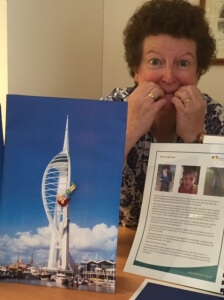 Doreen enjoyed the full support of her colleagues in Bates Hook, Hampshire office who created some visual aides to help her prepare for the physical challenge of abseiling the 170 metre tower. 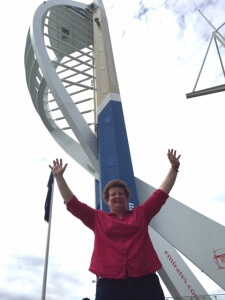 Doreen successfully completed her first – and last – abseil on Saturday 11 June 2016 and the Athena Ladies raised, at the last count, £3,567.00 or 101% of their intended target to support the work of Brainwave.

As well as her husband and two sons, Theo watched as the team made their descent and welcomed the ladies as they reached terra firma. 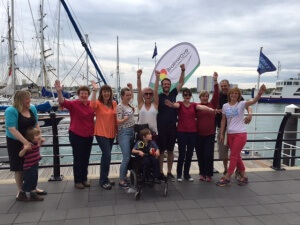 Theo with the Athena Networking (Alton) Ladies who abseiled the Spinnaker Tower to raise funds for Brainwave, the charity which has given him “life changing” support.

If you would like to support Doreen and the Athena Ladies fundraising event visit their Just Giving page. 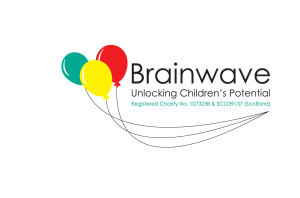