Court protects interests of pensioner unable to manage his affairs 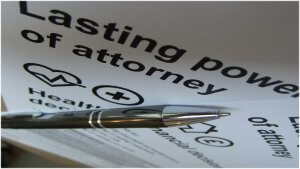 The Court of Protection has stepped in to safeguard the interests of an elderly pensioner who was unable to handle his financial affairs at a time when he was facing complex legal action.

The case involved a 75-year-old man who had various medical conditions. He struggled with alcohol abuse and suffered with short-term memory loss and impairments to his executive function.

He had substantial assets which were about to become the subject of legal action. In 2017, he granted lasting power of attorney (LPA) over his financial affairs and welfare to a friend who also acted as his carer.

The man’s son objected to this move. He claimed the carer lacked the ability to handle his father’s affairs and that she was motivated by self-interest.

The son applied under the Mental Capacity Act 2005 for a declaration that his father had not had the capacity to execute the LPA, and that he lacked capacity to conduct the ongoing litigation.

The court granted the declaration regarding ongoing litigation. It held that expert evidence provided a sound basis for concluding that the pensioner was not able to understand the issues on which his consent or decision was likely to be necessary in the course of legal proceedings.

The court held that in the upcoming legal dispute, the office of the Official Solicitor should be invited to act as the pensioner’s litigation friend to ensure that his interests would be protected.

Please contact us if you would like more information about lasting powers of attorney and the Court of Protection.