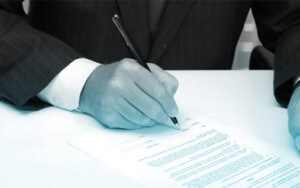 The government has introduced a new set of additions to its ‘Good Work Plan’ which aims to increase the rights of workers.

Some of the key elements of the scheme include:

• workers to be given enhanced rights to tackle unscrupulous employers who do not comply with the law
• a new body that will enforce holiday pay for vulnerable workers and ensure agency workers are not underpaid
• the second phase of the government’s ‘Good Work Plan’ focuses on protecting vulnerable workers.

Ministers say the plan will benefit low-paid workers across the country.

A new single labour market enforcement body will ensure workers are being paid at least the minimum wage and their holiday pay entitlement.

It is hoped it will also become a recognisable single organisation for workers to turn to if they feel they are being unfairly treated by their employers.

A government spokesman said: “We have a labour market that we can be proud of with more people in work than ever before. But it’s right that hard-working people see their rights upgraded and are protected from exploitative practices, whilst ensuring we create a level playing field for the vast majority of businesses who comply with employment laws.”

The government’s ‘Good Work Plan’ has already seen numerous changes introduced to improve the labour market. Workers now have the right to receive a payslip which includes the number of hours they have worked.

Another recent development saw the scrapping of a legal loophole known as the Swedish Derogation, which had enabled some companies to pay agency workers less than permanent staff.

Please contact us if you would like more information about the issues raised in this article, or any aspect of employment law.