Court helps to settle family dispute over father’s will 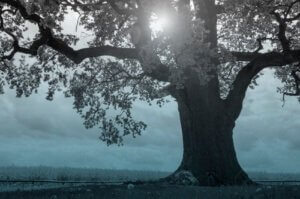 The High Court has settled a dispute between two brothers and their sister over their father’s will.

The claim concerned the estate of a Mr Evans who died in 2019. He was survived by his wife, who suffered from motor neurone disease. Her daughter was acting as her litigation friend – someone who helps a person unable to make their own decisions in legal proceedings.

Mr Evans had left his entire estate to his wife. With the help of her daughter, Mrs Evans sought a court order that her two sons should be removed as executors of the will. The sons counterclaimed to have the daughter removed as their mother’s litigation friend.

The court heard evidence that the estate was large, valuable and complicated. Mr Evans had owned company shares worth £1.2 million, with money due from the company to the estate. He also had an interest as a tenant in common in parcels of land, and a property in Spain.

Further, Mrs Evans had acquired a farm valued at £8 million. The family continued to occupy different parts of the farm.

There was a significant dispute between the daughter and the two sons concerning alleged misuse of income generated from the farm.

During the legal proceedings, the siblings eventually agreed that the status quo could not carry on.

It was therefore agreed in court that they would apply to the Court of Protection for the appointment of an independent deputy to deal with their mother’s affairs, and a litigation friend to take the place of the daughter.

The independent deputy would be appointed and the siblings would be required to deliver up certain documents to help settle the matter fairly.

The judge said that deputyship would allow an independent third party to deal with the estate’s assets, for Mrs Evans’ benefit. The appointment of a deputy would take the focus off the hostility between the siblings.

The appointment of a new litigation friend and an impartial deputy meant that Mrs Evans would have independent parties acting on her behalf, which was a further benefit.

Please contact us if you would like more information about the issues raised in this article or any aspect of wills and probate.