Gift or loan – father in dispute with son over house purchase 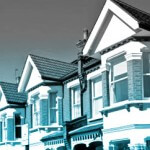 The High Court has settled a dispute between a father and son over whether money was ‘loaned or gifted’ to buy a home.

The father had been a successful builder and property developer who owned numerous residential properties. He and his son had been directors of a building company which owned a commercial property; the son also owned several other properties transferred to him by the father at an undervalue.

In 2001 the son married. The father purchased a property for around £750,000, in the son’s name. The father listed his own home as security for the mortgage. The son and his wife had the property renovated and eventually moved in.

In 2010 the father and son fell out over various properties within their respective portfolios. In 2016 the father issued a claim, stating that the house purchase money had been a loan, and seeking its recovery.

The court found against him. It held that the father’s oral evidence had been problematic; he frequently stated that he had forgotten things or was unsure. The court accepted, in reliance on medical evidence, that he had significant memory problems, especially where numbers were concerned.

The son had openly admitted to having forged signatures on documents in the past, but it was likely that he had not seen anything wrong in what he had done; it had involved moving family money around and there was evidence that family members treated their own and the company’s money interchangeably.

The court noted that when the father and son began exchanging correspondence around 2011, there was no mention of a loan in most of the documents. On the balance of probabilities, it was more likely that the father had not stated that the house purchase was a loan.

The court was satisfied that he said he was buying the house for the son and meant it as a gift.

There have been an increasing number of these family dispute cases in recent months, as it has become more common for parents to help their children get on to the property ladder.

Anyone helping their son or daughter to buy a home should consider drawing up a legal document outlining the terms on which any money is being provided, covering such issues as whether it needs to be repaid and whether any interest should apply.

Clarifying the agreement at the outset can prevent damaging family disputes in the future.

Please contact us if you would like advice about the legal aspects of buying or selling a home.